What maketh the 'game'?; problems with 'difficulty'.

This piece was instigated by Shivoa's take on this article for ARS technica (and Wired). As usual, I've tried to deconstruct the concepts involved (for the sake of: "If you can't say it clearly, you don't understand it yourself" - John Searle).

So, does a 'game' (as in, a computer game), by definition, require a level of 'difficulty'?: Obstacles to overcome...

I think successful games are those that manage to mirror the configuration of a player's mind: An artefact image refracted through the prism of human senses and perceptions. On the finest (most literal) scale this means presenting concepts that arouse the individual's attention (i.e. interesting memes). But also, from an overarching structural viewpoint, the form of the thing (this 'game') should sync with a player's reward response. Biology...

Human physiology (like most mammals) evolved to provide a stimulus reward for achieving tasks that benefit the organism (well, more accurately the transmission of their genes, but gloss over that). A similar, smaller squirt of dopamine is also released during failure, when the goal is nearly reached (so I've read). This is why many persist at gambling, and slightly unbalanced brains can become addicted. It's also why gamers so often enjoy 'difficulty'.
However, frustration wins out (during failure) when the end-goal appears unattainably far. Depression probably dampens down dopamine release/transmission, thus making all goals more distant, thus a depressed individual will struggle to engage in previously fun things, and struggle to persist in general.

Adaptive difficulty attempts to milk this near miss response (re-calibrating it's obstacles to make players keep reaching, just so). The such systems risk more than distracting the player, if they notice: If the pretense of the game's scenario is lost, it's like watching a badly shot fiction movie where you keep seeing accidental glimpses of the production team and their equipment. Without that invisible 4th wall, an individual will struggle not to perceive events quite literally: moving patterns on a screen, empty of meaning and/or relevance.


(1) Suspension of disbelief (i.e. the player knows it's not real life, but manages to play along). This is common with consuming fictional TV, movies, books, radio plays, most theatre, role playing and of course just plain old kids-mucking-around on the school playground.

(2) The right level of interactivity. Not only giving the player enough influence over proceedings, but also avoiding giving them too much control. This is largely about pinning down terminology (finding the cut-off between 'playing' and 'watching'). But location on this sliding scale will also establish a game's quality.

In a cinema you have no influence on story and can only control your own eyes (with presumably the option to walk out). You have marginally more control in your living room, or in reading a book, control over timing and linearity. At the other limit, with a piece of paper and crayons you are supreme ruler; an unconstrained prime mover... but there is no seed inspiration to pull your consciousness away from yourself. (Although, there are always some people who are naturally 'away with the fairies', easily forgetting reality, as children are predisposed to do.)

Some gamers conflate a lack of well defined objectives with a lack of difficulty. But games like SimCity or The Sims are just providing a more open canvas for those with objectives already in mind - those looking to satisfy creative expression that would be mechanically difficult, impractical or impossible for them in reality. The reduced difficulty in actualising desires is the foundation here. What aforementioned "gamers" are really laminating is the lack of appeal to their own interests, aptitudes or imagination.
(3) Scope, on the other hand, is a far more universally pertinent measure. One that is more difficult to pin down, but generally involves increasing amount of content (through detail, duration and/or possibilities). This depth may well be about permutations, but does not require explicit 'choice'. This meat-for-the-mind may be shaped in every detail by the brute force of a large creative team. Alternatively it may emerge naturally from a fairly limited number of axioms, like a fractal. The latter may require a different kind of monumental effort, of trial and error, with far less predictable results, in terms of the generality of it's appeal.

Either can generate something magical to be explored, dissected and understood or cleared in record time. Emergent play and/or procedurally generated content (separate things) provide the possibility for longer lengths of player engagement most efficiently. The results of their application appeal to human desires for novelty or personal uniqueness. (Diversity of expertise is an essential trait for a successful society of animals.) When a game's rules (context) create a scope of possibilities, other (adversarial) players are needed to limit one's control over them. The best games are like a good conversation: even sided. (Perhaps something like maximal power transfer in an electrical circuit, which occurs when the internal resistance of the source is matched with that of the load).

One might even argue that there is no 'game' without some level of emergence: even the most unimaginative rail shooter requires fighting mechanics that can be lost or won in a near infinite number of exactly differing circumstances, with perhaps several distinct types of successful tactics and failure modes.

Certain lazy platformers (in particular) seem like 'games' in a more marginal sense, when the hoops that must be jumped through are so regularly spaced (perhaps quite literally); closer to traditional 'passive' entertainment forms, in terms of the specificity of proceedings; 'interactive' like in the way you inevitably read a book at your own pace (struggling for longer with certain passages, if you happen to be dyslexic, for example). Thumb powered progress bars...

With TV/movies, the enjoyment comes from (perhaps escapism and) successive bits of information slotting into place; provoking the viewer to construct expectations, then rewarding or surprising them. Continued predictability (eventually) diminishes the mental rewards, while the unfathomable or arbitrary content precludes those satisfying moments of recognition. Humour tickles the brain similarly: laughter/amusement is supposedly created as mis-understandings resonate, flipping back and forth during mental reconciliation.

Pitching this 'difficulty' at the right height is problematic in either medium. (David Lynch films, for example, might be very critically acclaimed, but they're not ideal viewing following a hard day at work!). Both long running TV series and ongoing games have a natural need for inflation in cognitive tools/knowledge; building on past experiences to retain relevance. Later series can be notorious for the surreality this can require. The line between these types of entertainment are blurred further by various types of interactive stories. However, this fundamental limitation with pigeon holing titles is only a practical problem for those marketing them...

So to Tom Chatfild's article, I would say that a certain 'difficulty' is indeed required for games, but that might not mean what many take it to be, certainly it doesn't uniquely define them. Conversely, it's easy to make adjustable challenges ugly: when enemy health bars simply become reticent, rather than adding more enemies (let alone making those enemies genuinely smarter!).

(4) Elegance is, I think, the pinnacle of any entertainment. A simplicity of form that says a lot. Although, beauty depends as much upon the beholder as it does on the subject of attention; art exists only in the mind.

Finally, if we are trying to define a 'good' game, then it should not only be very satisfying (to keep playing) but also good for the individual (and/or society at large). Stress reduction is extremely valuable (far more so than any boon to fitness via your Wii). This may come from safe release of anger/aggression, actualisation of frustrated desires, entering a 'flow' state akin to meditation (thus escaping the tyranny of those dreaded memes) or just dodging boredom for a while. But, informing, improving or inspiring the player's thinking, beyond the game, must surely be the crowning virtue.
Posted by: ZeroGravitas at 00:48

I'm very happy to see comments, but I need to filter out spam. :-)

ZeroGravitas
AKA "Lewy" - I'm a 38 year old extropian, sci/tech geek who's fallen through life with ME/CFS. In recent years I've mostly been involved in niche technical aspects of some creative PC games, in forums and on YouTube. 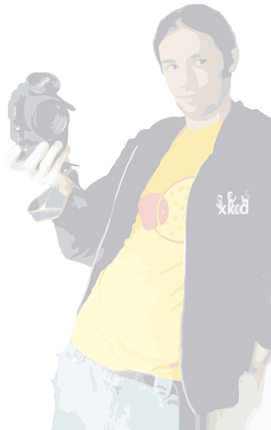